Employee entitlements, ‘wage theft’ and Fair Work: Why it’s time to be proactive

The Press Club. Tokyo Sushi. Ezard. These three restaurants are just a few of the big names widely reported to be embroiled in the Fair Work Ombudsman’s crackdown on underpayment of staff. 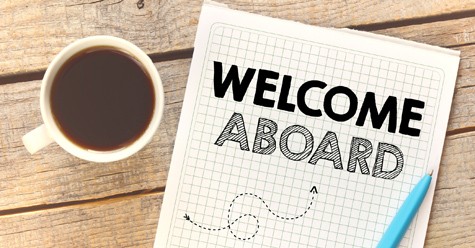 Its investigations have uncovered serious breaches of Fair Work legislation, affecting businesses across the hospitality, retail and dining sectors as well as many other industries.

In the case of George Colombaris, the celebrity chef has admitted to underpaying his workers by $7.83 million, and has been ordered to pay a $200,000 fine. With heightened media attention and a new focus from employees on whether they are getting a fair deal, it’s likely that many other high-profile names will soon feel the heat from Fair Work. And it’s not just monetary risks that these businesses face. The media has coined the new term “wage theft” — and the reputational damage for anyone accused of this is going to be significant.

We ask the question, why do businesses in these industries, as well as other industries that typically employ large numbers of shift or casual staff outside of the regular nine-to-five, find it so hard to pay their employees correctly, and what can they do to remedy this?

Paying workers fairly: What are the challenges?

Employers often don’t understand their obligations under Australia’s highly complex industry awards systems. For example, the Hospitality Industry (General) Award 2010 allows companies to work out how much an employee would be paid for a 38-hour week. They can then uplift that by 25 per cent to recognise overtime, and pay this amount to the employee on an annual basis, as long as actual pay and total hours worked are reconciled annually, to ensure that the employee has been fully compensated for the time they actually worked.

However, the problem comes because staff in industries such as hospitality work long hours that can change frequently. If a business doesn’t have an effective way of recording hours worked, or never goes back and checks how much overtime a staff member has completed, it is unlikely that it will be paying employees correctly. As such, while employers may take care to roster employees appropriately, employees could end up working 60-plus hours per week and not get paid correctly for this if a reconciliation is never performed by the employer. The media attention given to this issue is prompting staff to check their own wages, and when they find a breach, go to the unions, Fair Work Ombudsman and the press.

The issue is made more challenging because many businesses in these industries don’t have a large or sophisticated HR department or payroll function — this may reduce the capability of the business to correctly review contracts, awards and rates of pay or perform annual reconciliations for those on annualised salaries.

What are the risks to businesses in this area?

There is no doubt that businesses are obliged to pay their employees correctly, fully and appropriately, and should do so in a timely manner. To do anything else is grossly unfair to employees as well as to competitors who are doing the right thing and are disadvantaged as a result.

Fair Work has recognised that there’s an endemic problem with hospitality-related businesses, and is directing its investigations towards these industries. This poses significant risks for any business found to be breaching of their obligations, including:

How can businesses stay compliant with Fair Work?

Firstly, if a business believes it may have underpaid workers or otherwise be in breach of the Fair Work Act, it must deal with the issue quickly and honestly. The owners must work out how much they’ve underpaid their staff and start to remediate. This is essentially their only choice — if Fair Work doesn’t believe the company is trying to remedy the situation, the case is likely to go to court.

Moving forward, the business may need to reshape its workforce or business model. The problem is that many such businesses operate on such low margins that, had they been paying their workers correctly, their viability may be called into question. For companies that have not yet discovered a breach but would like to be more proactive in this area, there are several steps they can take:

Develop a thorough understanding of the awards: There are complicated rules around roster patterns, rates for grades of employees, part-time versus full-time, number of shifts a staff member can work, how many days off they can have, and length of time given between shifts. Support from professionals, including employment lawyers, will likely be a good idea in this regard.

Create policies and procedures around time and attendance records: This is one of the most common errors we see at BDO. In retail there are often very basic paper timesheets, prone to manipulation and error, and without good sign-off and approval protocols. Even if a business has a digital solution, if there aren’t thorough procedures around when an employee says they’ve started their shift (versus when they simply arrive at the  workplace), it’s hard to keep track of who’s working what hours and when.

Check that annual salaries actually match up to time worked: Another common error we see is that businesses will calculate someone’s annual salary based on estimated hours under an award, but won’t go back and check it correlates with the time an employee has actually worked. This is made even more difficult when shifts are incorrectly recorded or an employer offers alternative arrangements such as time in lieu.

Audit periodically: Regular sample testing and independent checks are a must. This will ensure that employees are following time-recording processes correctly and that payroll teams are checking annual salaries against the hours staff members have actually worked.